Joel Newton was born in Florence, Alabama, and grew up near the small town of Anderson.  He graduated from the University of North Alabama in Florence and from Southwestern Baptist Theological Seminary in Fort Worth, Texas.  Joel served in various churches in Texas, Wyoming, Tennessee and Illinois before coming to Woodland in March 2002.

Joel has been married to his wife Cheryl for over thirty years.  They have two children.  Emily and her husband Joe live in Peoria.  James is a student at Huntington University. 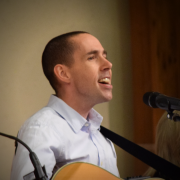 Stephen has been serving at Woodland since 2013. He is married to Laura and they have three children: Noah, Reese, and Analynn. Stephen received his Bachelor of Music Education degree from Delta State University in Cleveland, MS and both his Master of Church Music and Master of Divinity degrees from The Southern Baptist Theological Seminary in Louisville, KY.   Prior to Woodland, he served 8 years in Seymour, IN as a worship pastor. Stephen enjoys spending time with his family, traveling, and being outdoors. 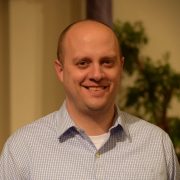 Jeff grew up in central Illinois. He graduated from Eastern Illinois University with a Master’s degree in English and from Trinity Evangelical Divinity School with a Master of Divinity degree. Prior to Woodland, he served as a Pastor of Children’s and Student Ministry in Rochelle, IL. Additionally, he has had cross-cultural ministry experiences in Romania, Peru, South Africa, and Haiti. He is married to his South African wife, Shelah, and they have two children: Emma Grace and Ian James. Jeff enjoys playing with his children, following the South African Springbok rugby team, and spending time outside. 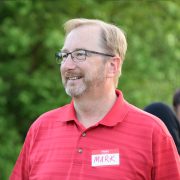 Mark has been on staff since July 1, 2009 and previously worked in management for a local chemical manufacturer in the Peoria area. His college years were spent at Eastern Illinois University, completing his Master’s degree in Business Administration from Illinois State University in 1993.
He grew up in IBSA churches, a true “preacher’s kid,” and made his profession of faith in Christ while his father was serving as pastor in Altamont, Illinois. Mark’s been a member of Woodland for more than 36 years. He has many personal ministry roles in teaching and leadership.
Mark and his wife of more than 30 years, Shelley, have two daughters and six grandchildren.  He loves to play with those grandchildren, go fishing, garden in his yard, and play in his woodshop. 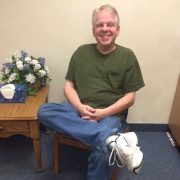 Rick Lasse has been an employee of the church for ten years. He is married to Nancy Lamport, a long-time member. Rick is also the arts and crafts guy for the preschoolers at Vacation Bible School each summer.

In his spare time, Rick likes baseball (Cubs fan), Aussie Rules Football and is learning the tricks and strategies of pickleball. He is also into animation, especially stop-motion. Plus, he likes to dabble in sketching and sculpting.

Rick likes to travel, especially with Nancy, and has visited Hawaii and Alaska, as well as more than 30 other states in the USA.