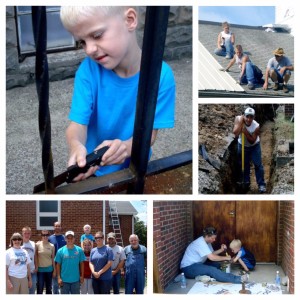 Every summer we try to give our families the opportunity to travel somewhere in the United States to serve on mission with their spouses and children.  We have gone 25 places, from Leadville, CO in 1986 to our own backyard in 2015.  Depending on the needs of the place we go, we offer our services and skills in teaching children, construction, and prayer walking.  This week is a wonderful time for our church family to connect–both to each other and to others around our country.